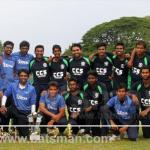 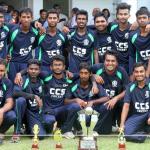 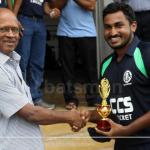 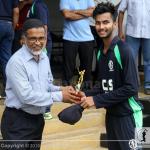 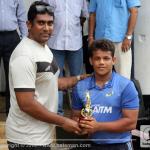 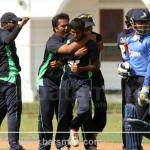 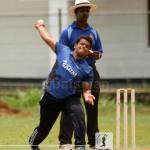 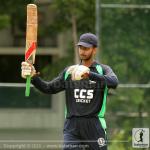 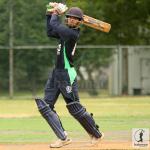 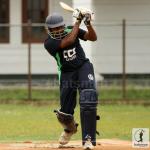 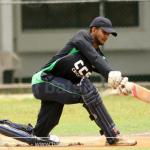 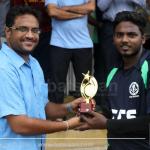 College of Chemical Sciences (CCS) of the Institute of Chemistry Ceylon scored a convincing 50 runs victory against South Asian Institute for Technology and Medicine (SAITM) to win the Prof. J. N. O. Fernando Memorial Trophy awarded for the first time at the inaugural cricket encounter played between the two teams. The match washeld on 17th April 2016 at the Thurstan College Sports Complex, Colombo.

The CCS team was invited to bat first by the SAITM team, upon which the CCS managed to put up 183 runs on the boardbefore being bowled out in the 40th over. The top scorerNimashaPerera (65) ably assisted by PathumSerasinghe(40), put up a century stand for the 2nd wicket.Soon after Nimasha’s dismissal, SAITM’s bowlers came back strongly, and were able to restrict the CCS to 183.The pick of the bowler’s for SAITM were SajeewaGeethwho claimed 4 wickets for just 32 runs, RashenDil (3/32) and Mahesh Marasinghe (2/26).

SAITM got into a flying start with AsankaRanthikage contributing 38 and ShashikaAtapattu30 with the bat. Lack of support from rest of the batting lineup causedthe SAITMteam to be bowled out for 133 resultingin a 50 run victory for CCS. SharithKurukulasuriya showed impressive figures with the ball claiming 2 wickets for 1 run while Nureshan Dias and Visura Fernando secured 2 wickets each.

MAN OF THE MATCH – PATHUM SERASINGHE